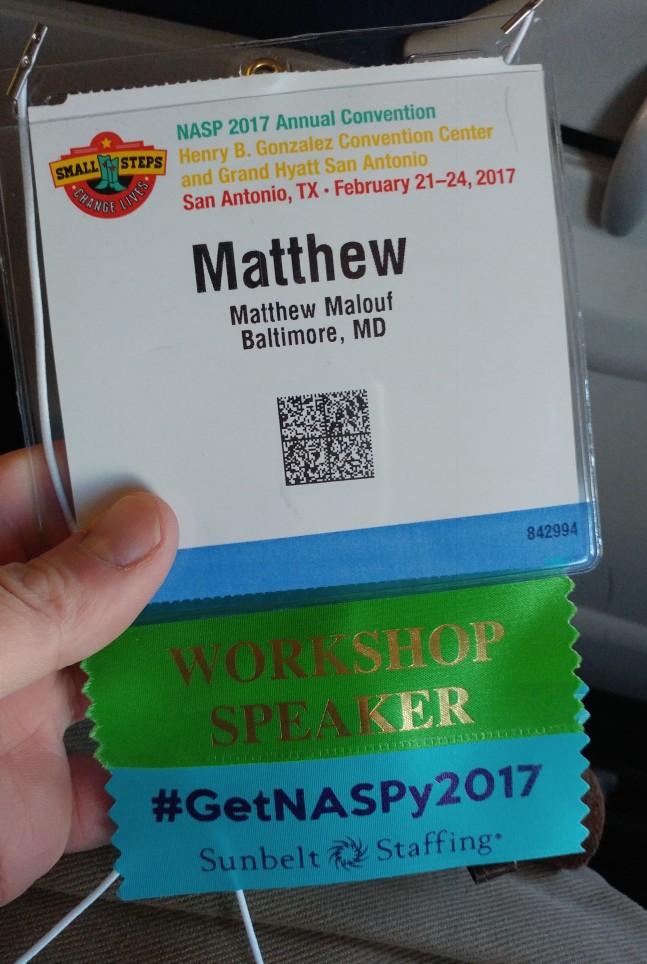 Part 1: I’m Not a School Psychologist but I Play One On TV

A close friend of mine from graduate school always teases me about being a School Psychologist on the down-low.  Though my training is in Counseling Psychology, for the bulk of my career, in addition to adults, I have also worked with children and families, and my research has focused on sex and gender across the life span.  Looking back on my degree program, all the early signs were there.  In lieu of taking additional multivariate statistical coursework I elected to take psychometrics (in layman’s terms, school psychologist math).  I took my dissertation prep class with the school psychology students instead of with my counseling cohort.  I even ended up with a postdoctoral fellowship in Pediatrics.

As such, it was both an honor and a sort of long-lost homecoming to be invited to conduct a half-day workshop at this year’s National Association of School Psychologists (NASP) annual convention in San Antonio.  I had worked with NASP previously on a series of articles on sex development, including an interview with two intersex youth advocates, for their publication, the Communiqué, so was familiar with their position statement on transgender and gender non-conforming youth.  I also knew that NASP convention organizers highlighted trans issues last year including having Janet Mock as their keynote and offering a workshop by Dr. Colt Keio-Meier .  NASP, as an organization, was ahead of the curve when the Departments of Justice and of Education provided guidance on applying title IX for transgender youth including bathroom use in school settings last Fall.  With all this in mind, I imagined we would be having a very different discussion than in the past and proposed the workshop title “It’s Not Just Bathrooms: Supporting Students’ Gender Identity and Expression.” 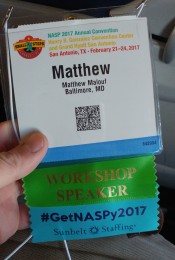 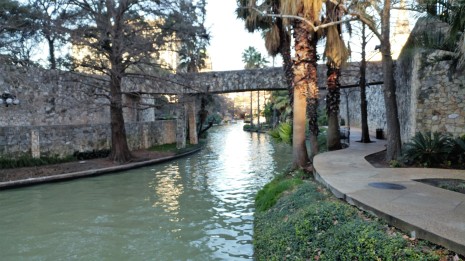 I spent the bulk of the weekend in Austin, visiting my stepbrother and trying to enjoy as much warm weather as possible (it is still technically winter back home in Baltimore though I heard it was in the 70s while I was gone – thanks global warming).  On Monday morning, I made my way to San Antonio, got lost on the Riverwalk with a colleague, then spent the time before my session in my hotel room prepping the last of my presentation and ironing my clothes.

Tuesday afternoon there were just shy of forty people in my workshop.  In light of Texas’ bathroom bill legislation proposed for this year, I included a lot more about bathrooms than I originally thought I would or than my title suggested.  I even tried to connect Texas school psychologists with the Texas Association of School Psychologists to encourage them to draft a position statement on the bill.  This seemed important to do given the Texas Psychological Association’s silence on the matter.

We were mid-way through the workshop when I heard the news.

Typically when I present, I try to engage the audience in exercises and role-plays.  It was during one of these moments, as I was walking through the aisles, that one attendee pulled me to the side and showed me something on his phone.  It was a news article about the current administration’s withdrawal of guidelines for transgender youth in school settings.  I couldn’t even take it all in at that moment; I was not surprised but somehow was still shocked.  I supposed that it was only a matter of time.

I wrapped up my presentation that day, highlighting the complexities of creating safe(er) spaces for gender expression in school, trying to pull out the nuances and emphasizing that this can’t be a one-size-fits-all solution, and hoping the people in the room would leave with a desire to advocate for their students.  I tried to answer as many questions as I could and, as is customary once people start getting into the nitty gritty of implementing supportive policies, we ran out of time.  To that end, I know colleagues here in Maryland who have spent five years trying to get policies in place in their district, yet, somehow, I hoped we would fit everything into three hours.  I left that session feeling energized… but mixed in with that energy were feelings of restlessness and inadequacy, bolstered by the belief that there was so much more that we needed to talk about and so much more that needs to be done.

Though the task may at times seem daunting, our work is entirely based on adapting our universal understandings of mental health phenomenon and evidence-based practices and tailoring them to unique individuals and settings.  Supporting gender expression does not have to be any different than applying our other areas of expertise and is, in reality, a far less daunting task than the one faced by so many individuals expressing their true self in the face of hate, fear, rejection and  violence.  The removal of federal guidance is symbolic and deeply troubling/alarming/concerning/pointless, and places people at risk in states with less supportive climates.  However, as practitioners, we are still capable of following (and, in fact, obligated to follow) our own organizations‘ ethical and competency guidelines.  There is strength in our numbers and in our commitment to providing competent interventions.

Up next… Part 2: How I Came to Realize I Had No Idea What Sex Was and Neither Do You

Common Concerns Treated in Our Practice

If you are in crisis, please contact Baltimore Crisis Response Inc at 410-433-5175.
If you are unsafe or in danger, please dial 911 or go to your nearest emergency room.